Family law in Switzerland covers matters such as marriage, divorce, prenuptial and postnuptial agreements and child custody and support. All legal regulations about family matters are comprised in the Swiss Civil Law, Articles 90 to 251. Swiss family legislation also abides by international regulations in case of divorce between foreign citizens residing in the country. Switzerland also recognizes separation decrees as long as they do not infringe the principles of the national legislation.

Family law covers all the aspect of divorce proceedings in Switzerland among which:

Divorce proceedings are usually conducted in Swiss courts which will require both spouses to submit a letter with the court requesting the divorce. Family law in Switzerland does not require any reasons to be given when filing for legal separation or divorce. The court will also ask spouses to draft an agreement on how joint property and child custody will be handled. In case only one of the spouses files for divorce, legal separation will only happen after two years in which the spouses have lived apart. However, no matter the type of procedure, it is advisable to request the assistance of a law firm in Switzerland.

Division of assets and child custody in Swiss family law

The Swiss family law establishes that any property acquired before marriage will remain to the individual purchasing the asset, while joint properties will be divided equally between spouses. However, if a prenuptial agreement has been drafted, the Swiss property will be divided according to the specifications of the agreement.

For complete information about the latest provisions of the family law you may contact our Swiss attorneys.

Consultancy in the Swiss Civil Law +

Running a Business in Switzerland + 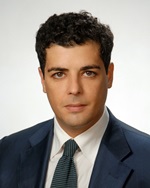 I was very satisfied by my collaboration with LawyersSwitzerland.com. They have a customer-oriented legal team always ready to help clients in need of commercial law consultancy and representation.